With the sculptures Folly, Skimmer, and Stonewall, Anouk Kruithof presents an anthropomorphic trilogy in which critical tension is generated through the fusion of the synthetic and the natural. In order to reassess this fusion, which now structures our vision of the world, Kruithof appropriates images from the digital sphere and then distorts or magnifies them. Marrying image and object, her sculptures function as the remains of environmental disasters, but also as fragments of a technocratic world that reveal its political and economic representational rhetoric. Undertaking this dissection allows Kruithof to deal with contamination, pollution, and, more broadly, our relationship with and image of reality. 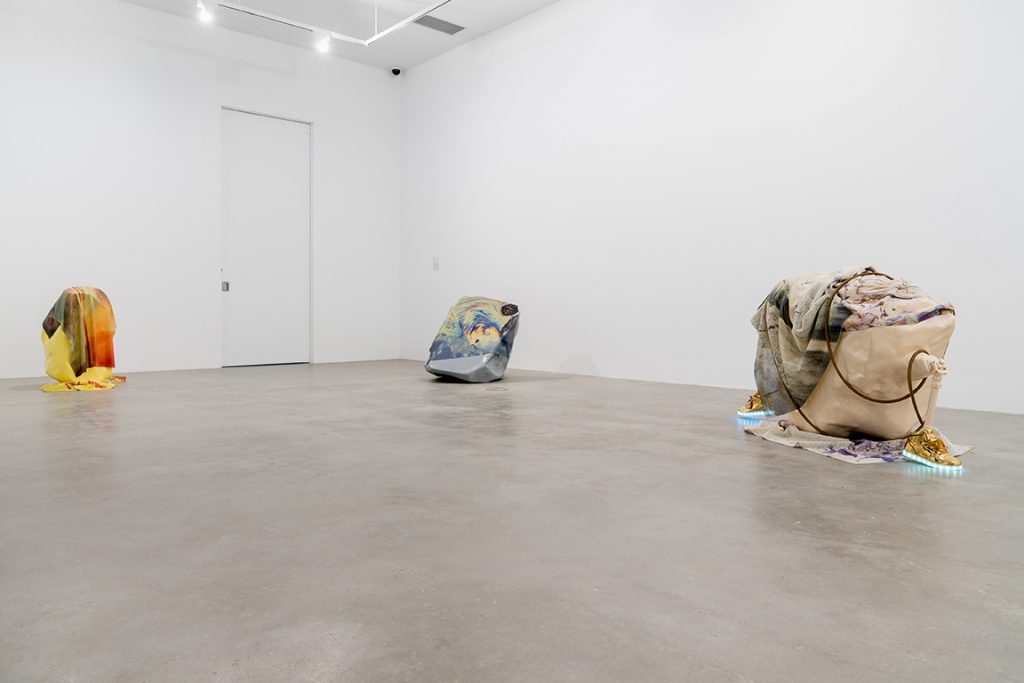 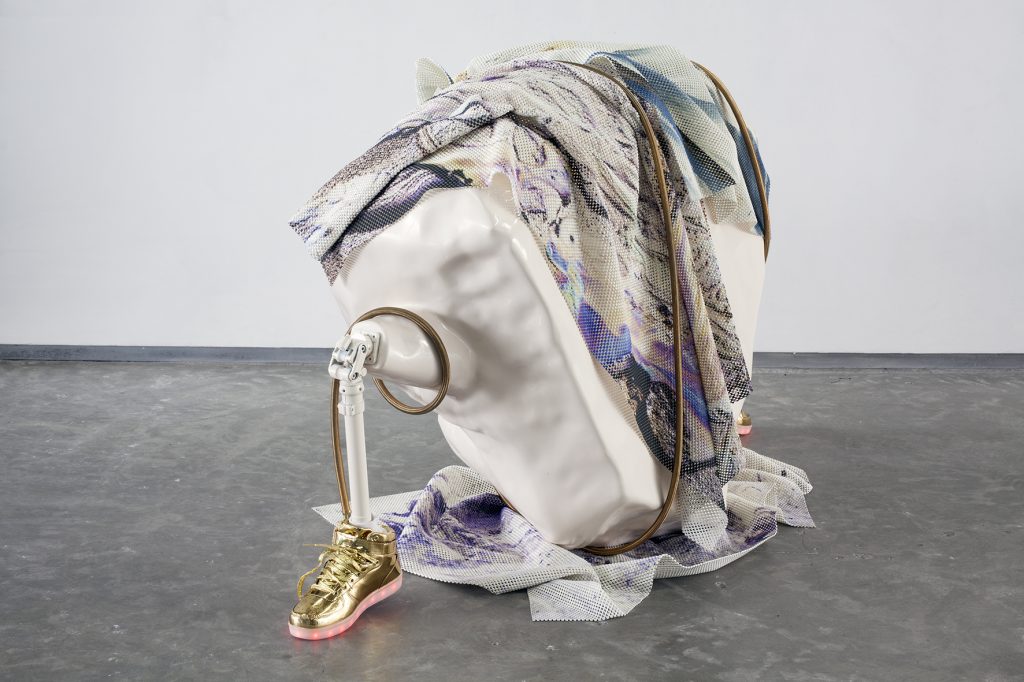 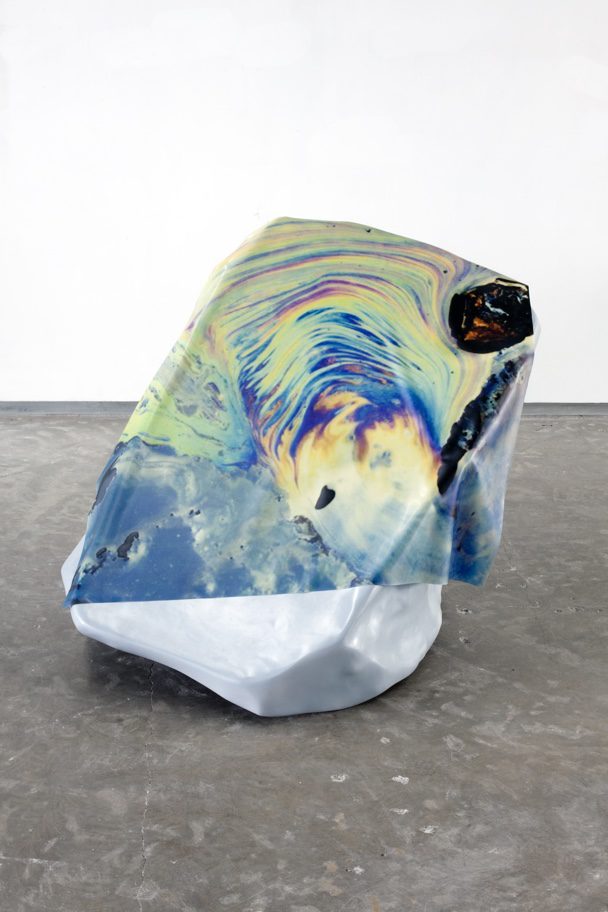 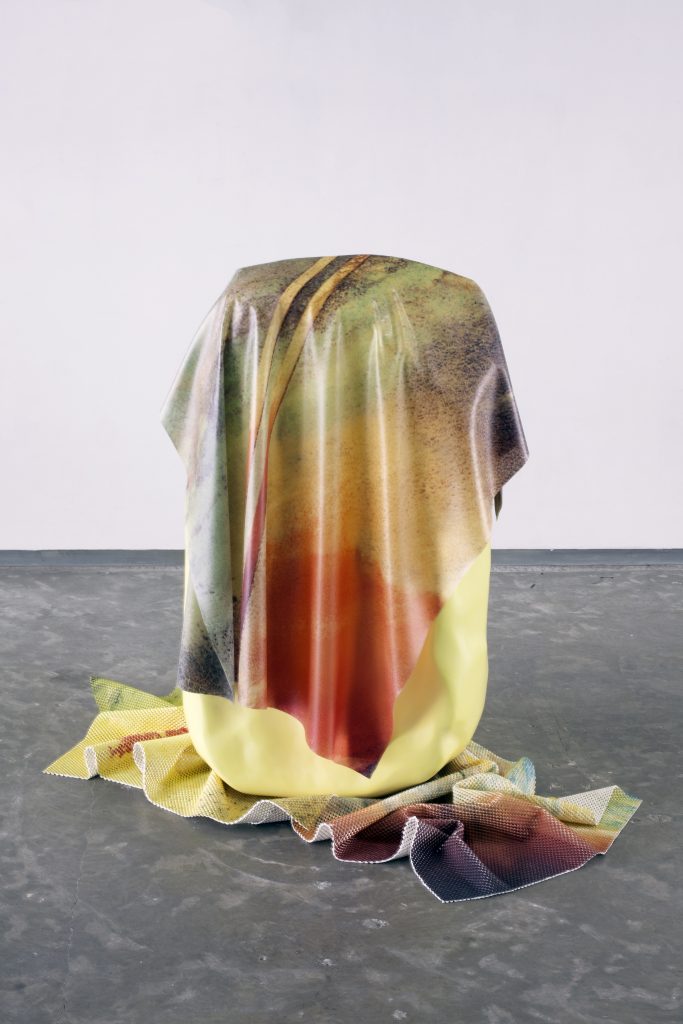