Ayesha Hameed (born in Edmonton, Canada; lives in London, United Kingdom) explores the heritage of Black diasporas through the figure of the Atlantic Ocean. Her Afrofuturist approach combines performance, sound essays, videos, and lectures. Hameed examines the mnemonic power of these media – their capacity to transform the body into a body that remembers. The motifs of water, borders, and displacement, recurrent in her work, offer a reflection on migration stories and materialities, and, more broadly, on the relations between human beings and what they imagine as nature. 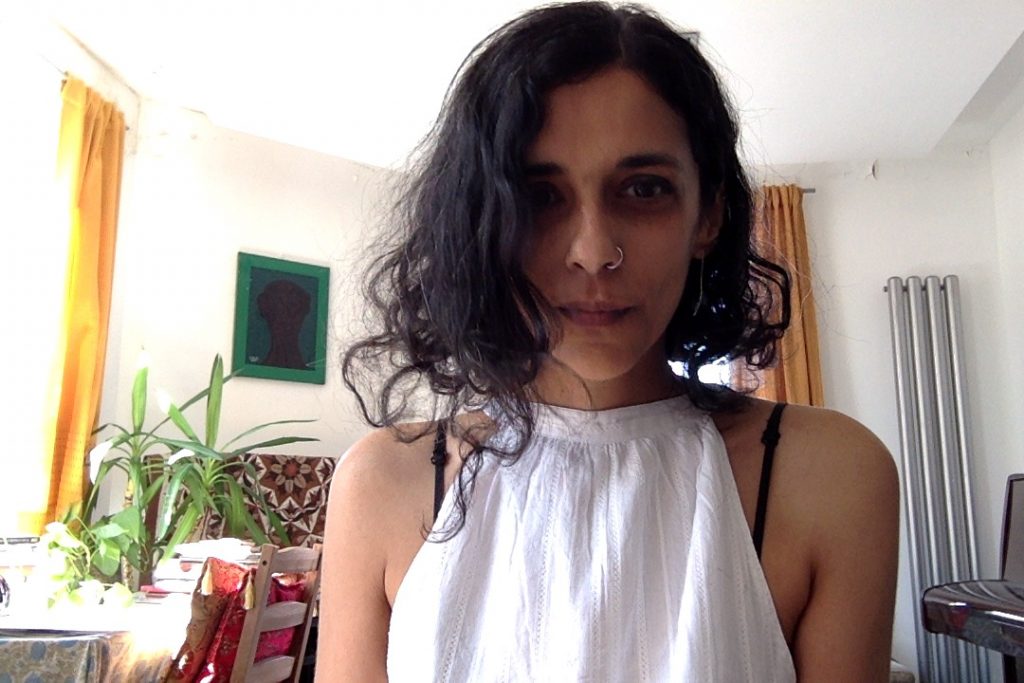 Ayesha Hameed and Hamedine Kane, In the Shadow of Our Ghosts / À l’ombre de nos fantômes, 2018, video still. Courtesy of the artists

Produced jointly by Hameed and Kane, the video In the Shadow of Our Ghosts / À l’ombre de nos fantômes features a person walking alone in deserts, along city streets, or by the water’s edge; the person talks with his shadow, the only companion in his wanderings. The images of this solitary, anonymous migrant trudging through the Sahelian landscape are accompanied by the sounds of his steps, the whistling wind, and the echo of waves breaking on a beach. A second, overlapping video shows the ocean—the ocean that welcomes surfers, the ocean on which the mirage of a ship takes shape in the distance, the ocean that throws onto its shores the remains of what it has taken. In the Shadow of Our Ghosts / À l’ombre de nos fantômes relates the tragic story of 11 migrant men found lifeless on board a ghost boat swept by the wind to the southeast coast of Barbados and discovered on April 29, 2006, more than four months after they left Cape Verde, Africa. Their bodies, desiccated by the salt air and burned by the sun, embody the sense of mourning for the innocent idea of a passive, even benevolent, ocean. Like migratory policies and the borders that they establish, the ocean devours thousands of anonymous lives, as it always has. The work establishes poignant connections among our conceptions of nature and violence, the waves of migration in the news, and the traumatic history of the trade in Black people over time and through space.