With her photographic series Acts of Appearance, Gauri Gill presents members of the Adivasi community in Jawhar, Maharashtra, India, wearing masks as they “perform” their daily activities. The community’s members are known for the papier-mâché objects that they create, including traditional masks that suggest spiritual beings. For Acts of Appearance, Gill commissioned craftsmen brothers Subhas and Bhagvan Dharma Kadu to produce a new set of masks, inspired instead by the community’s contemporary reality. In Gill’s framing, the masquerade upturns the conventions of the ethnographic gaze: although the villagers’ faces are hidden, their existence is reaffirmed through the object of disguise. 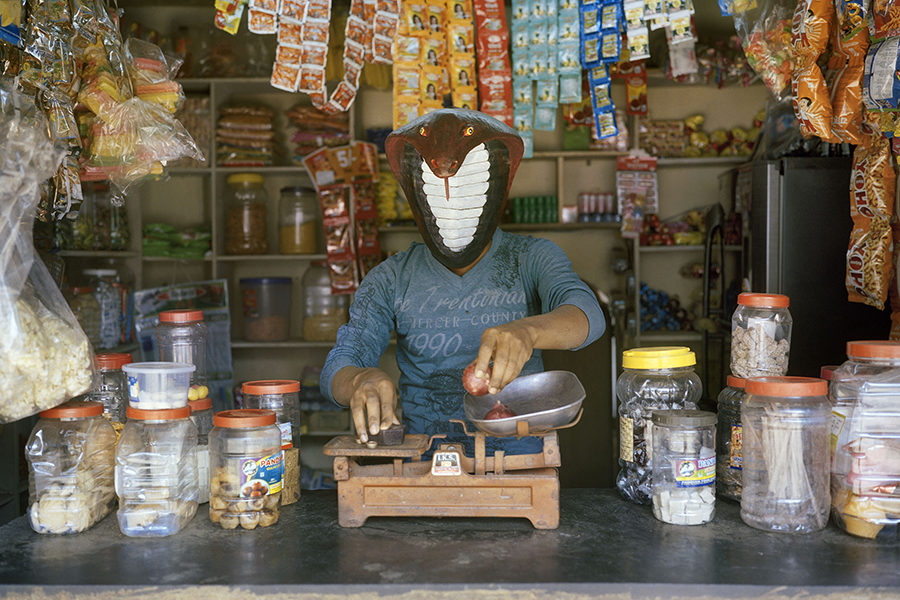 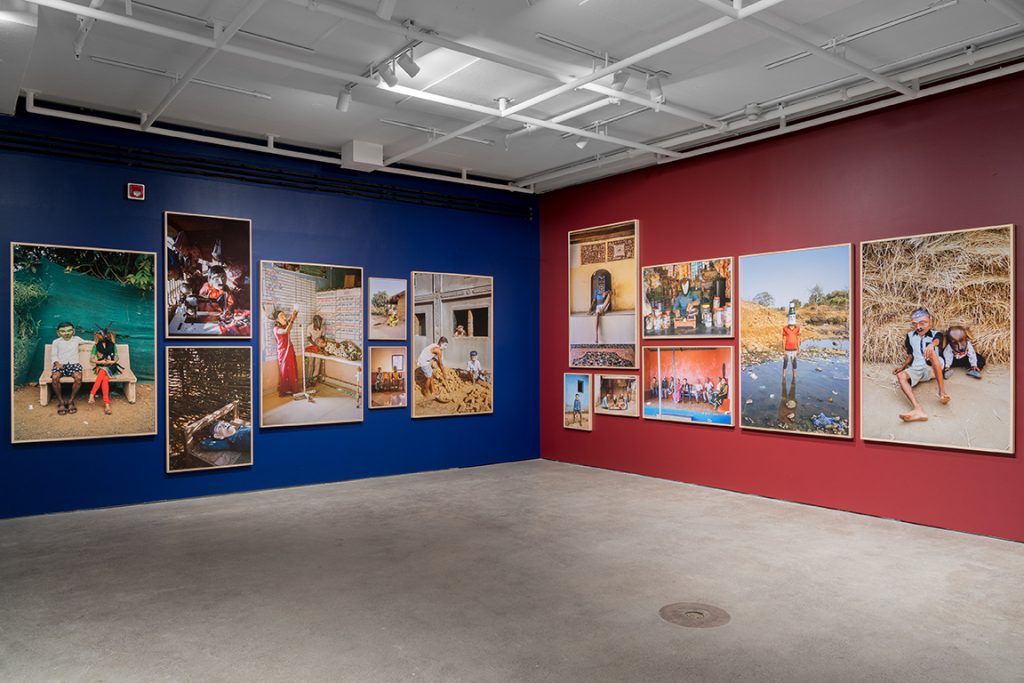 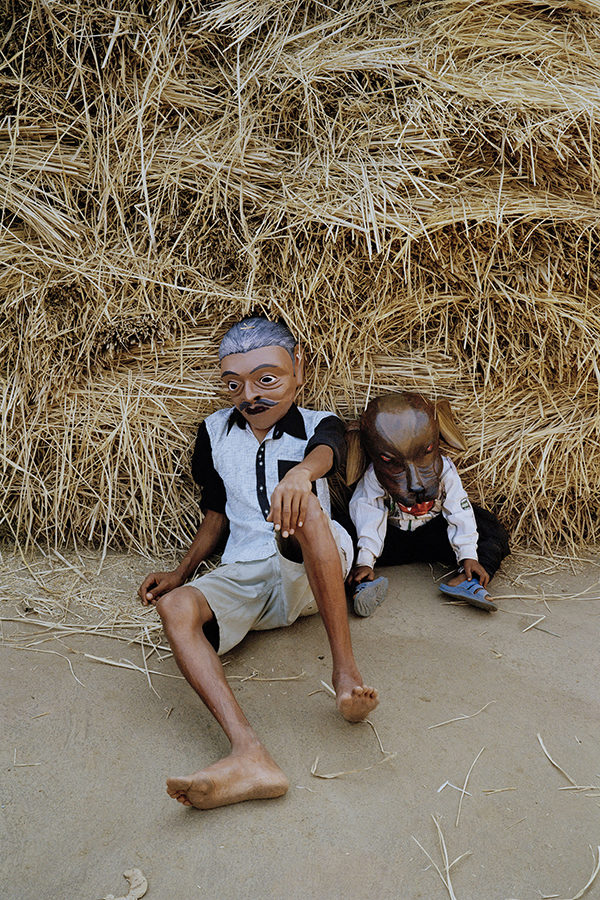 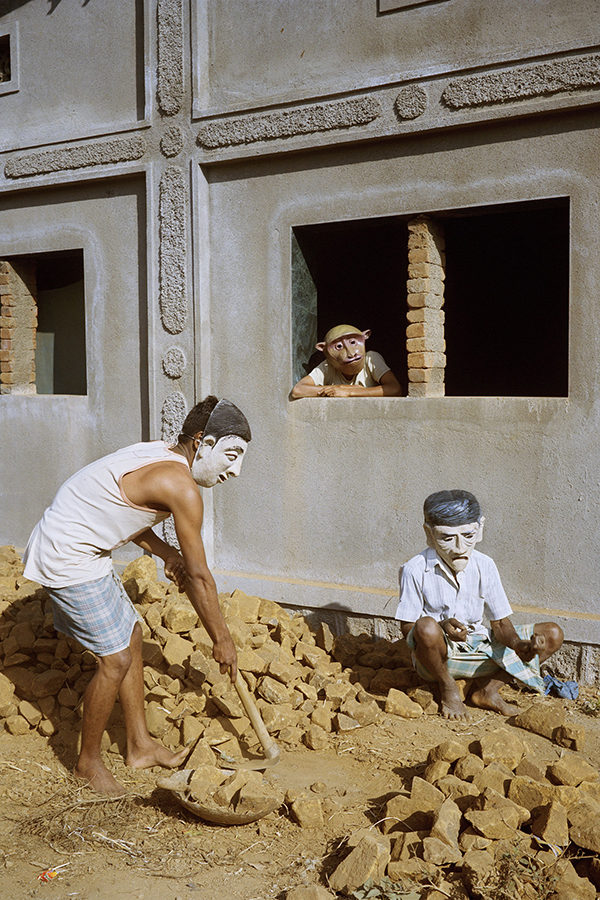 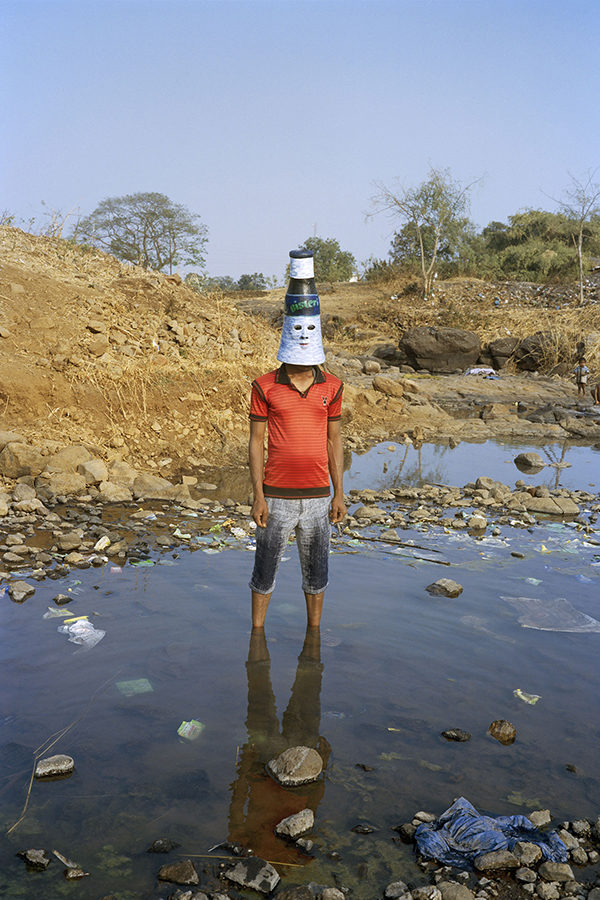 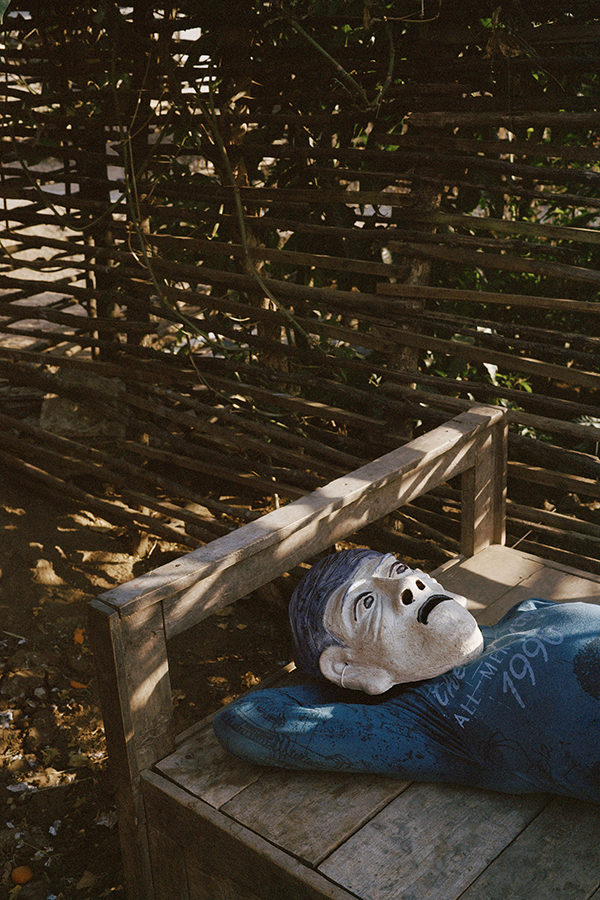 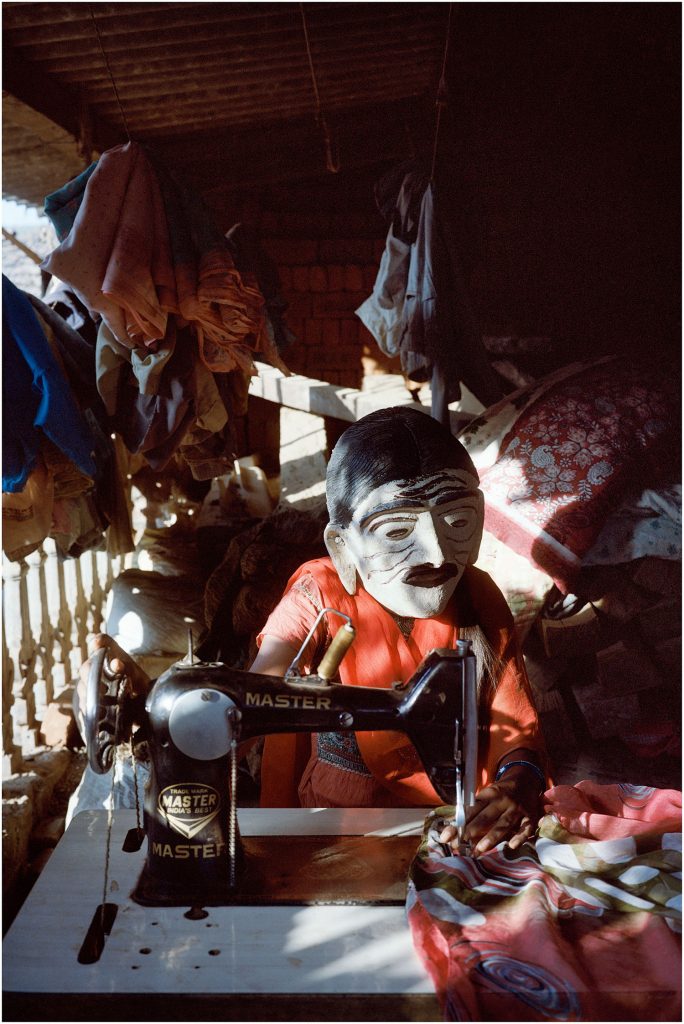 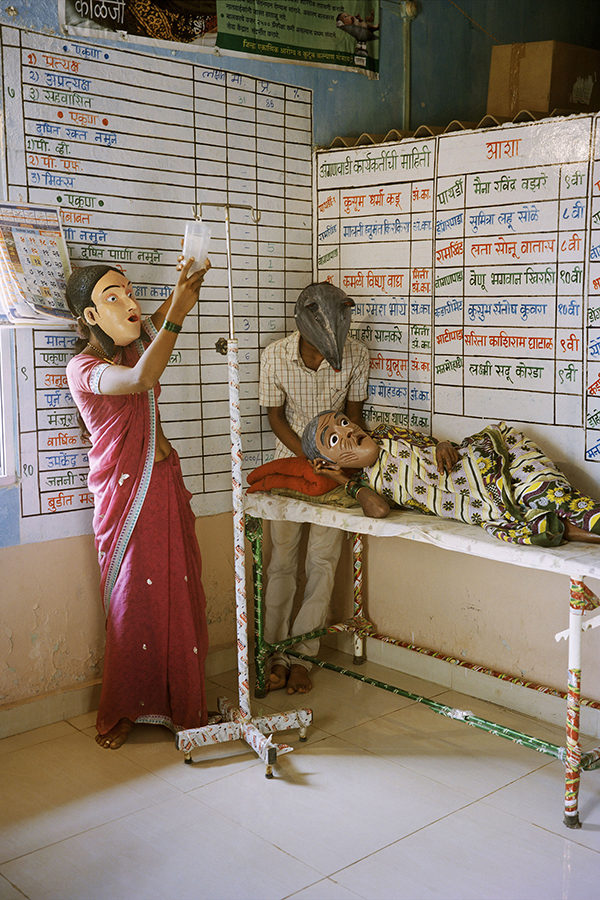 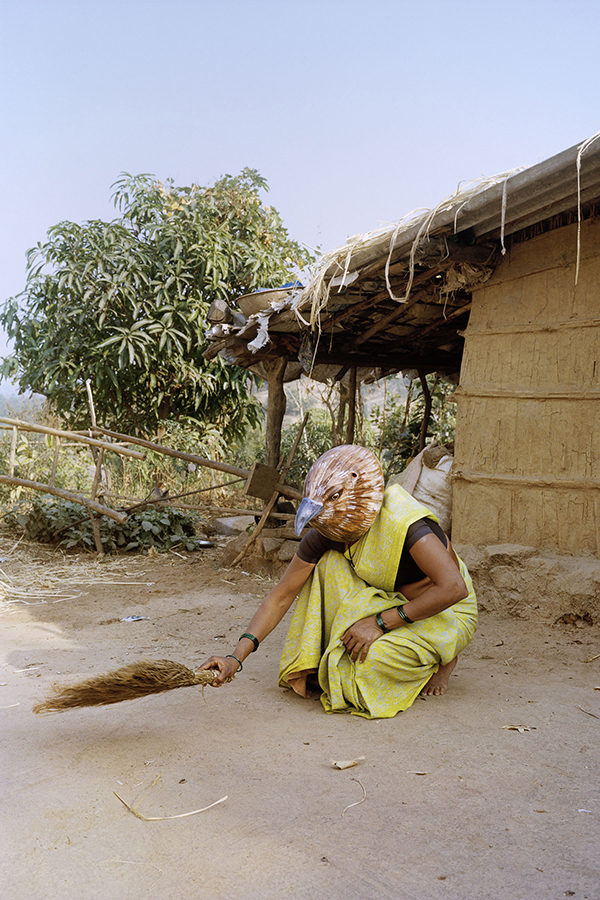 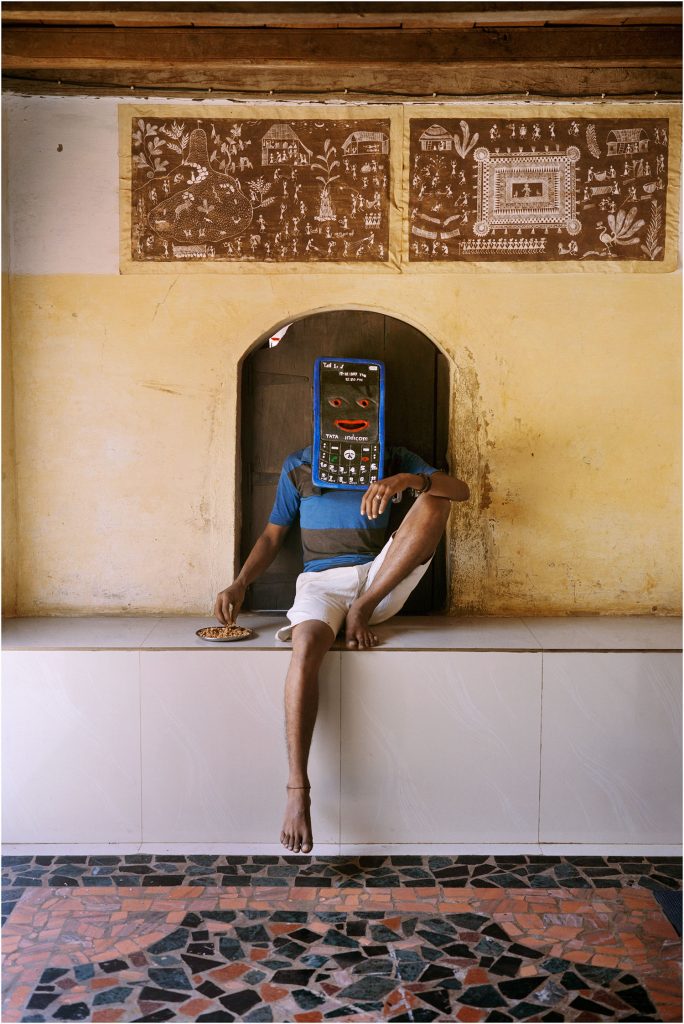 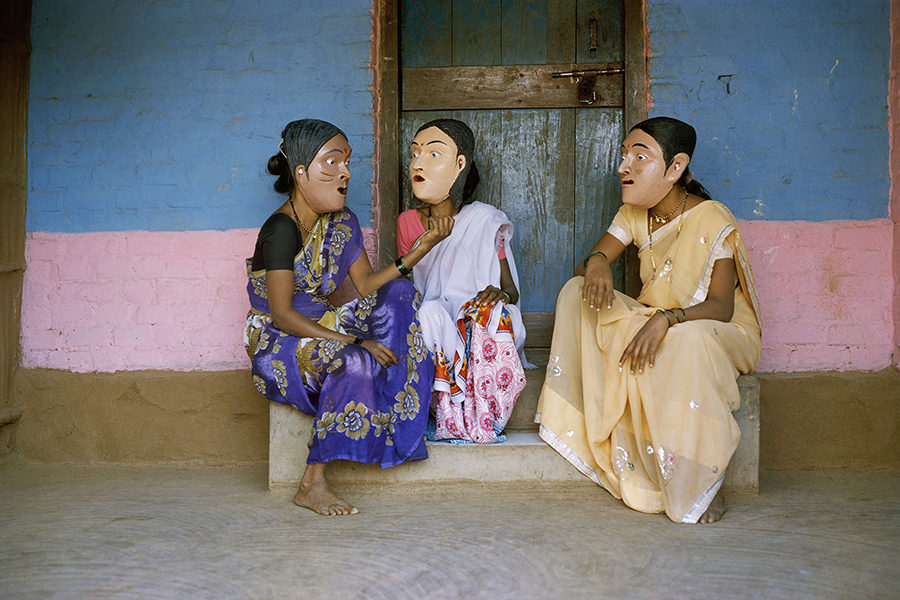 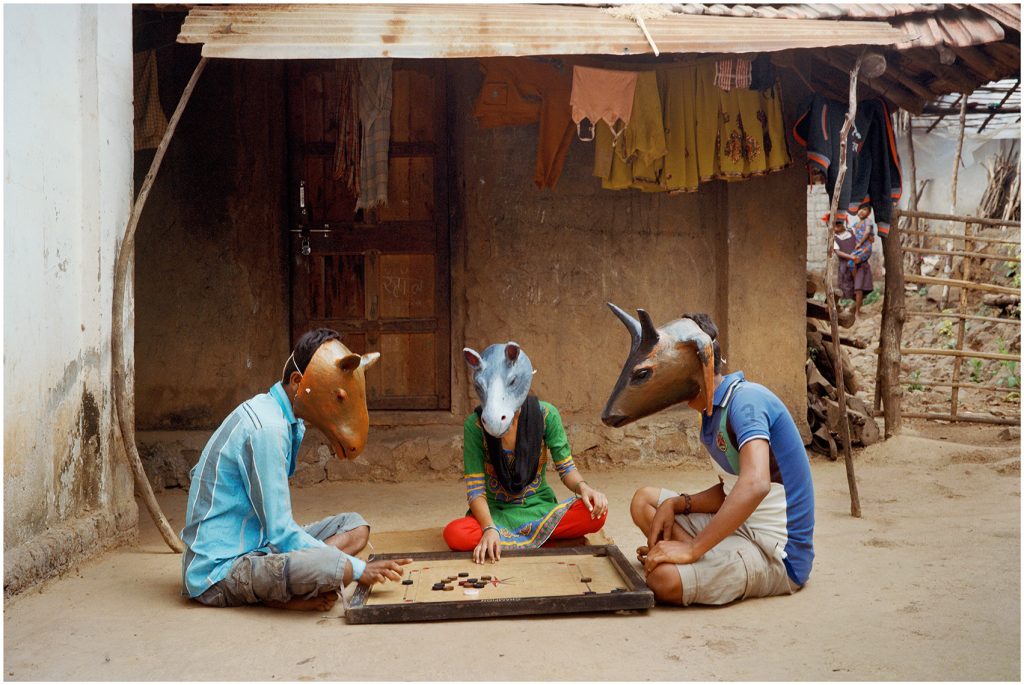 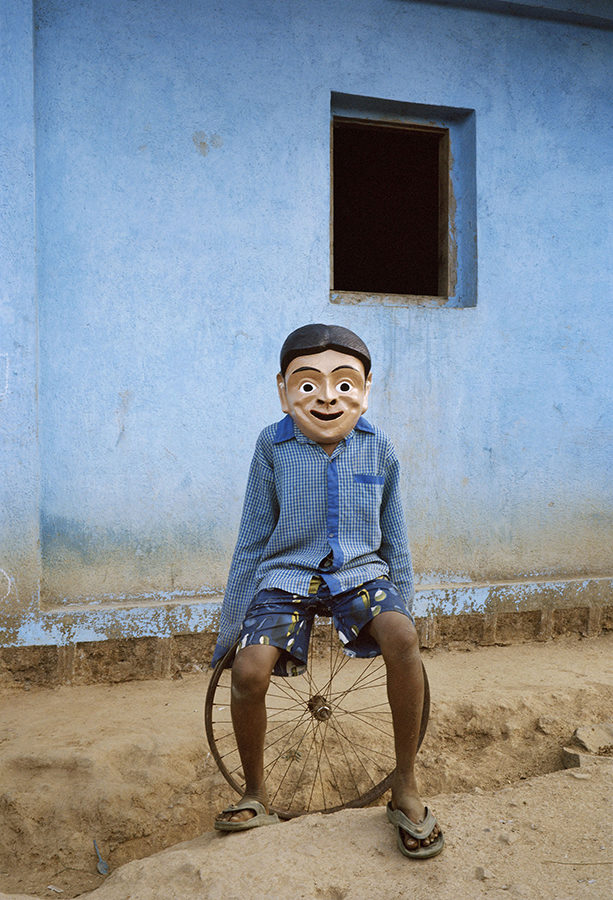 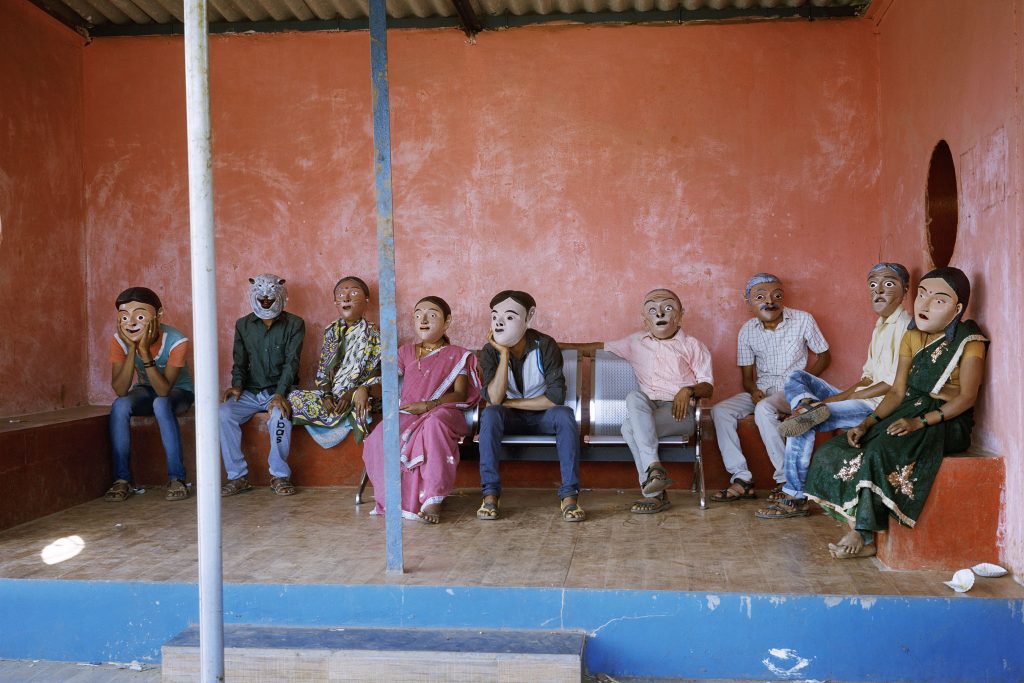 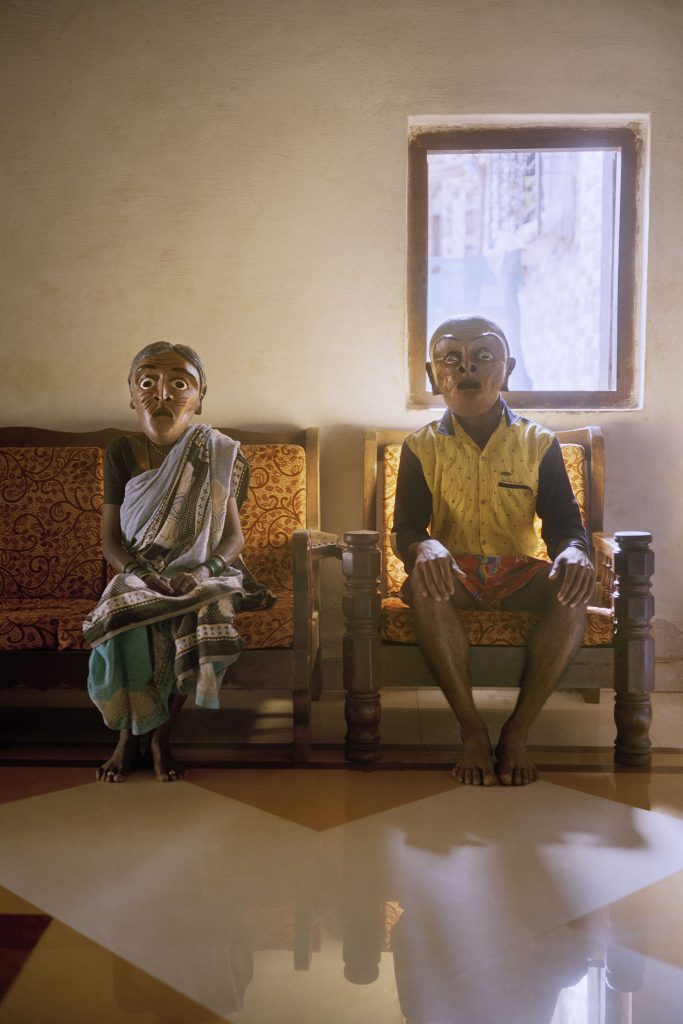 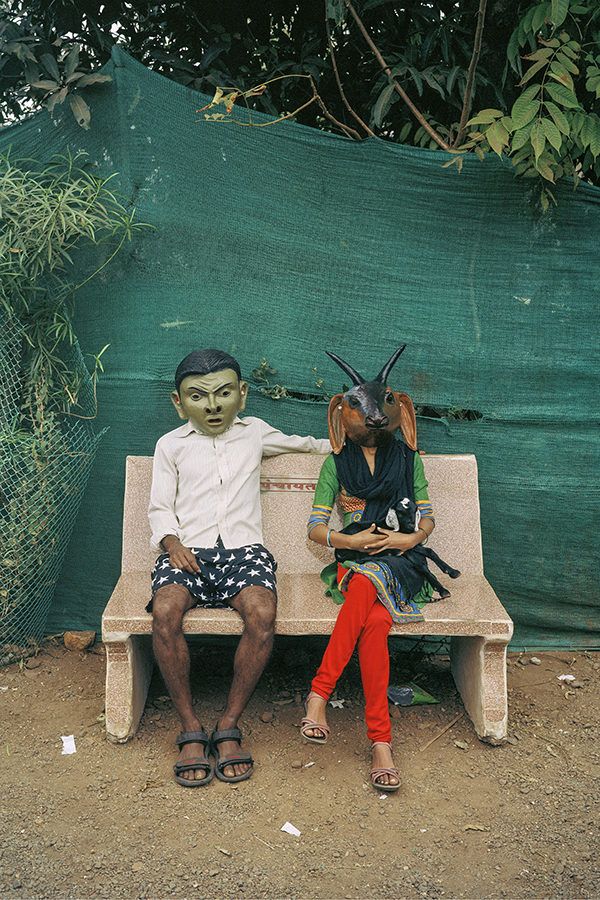 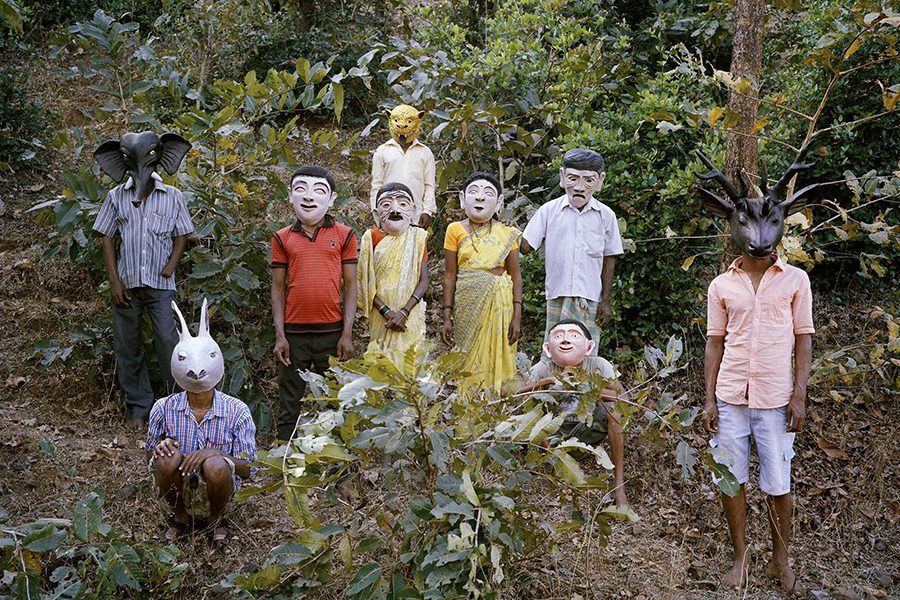 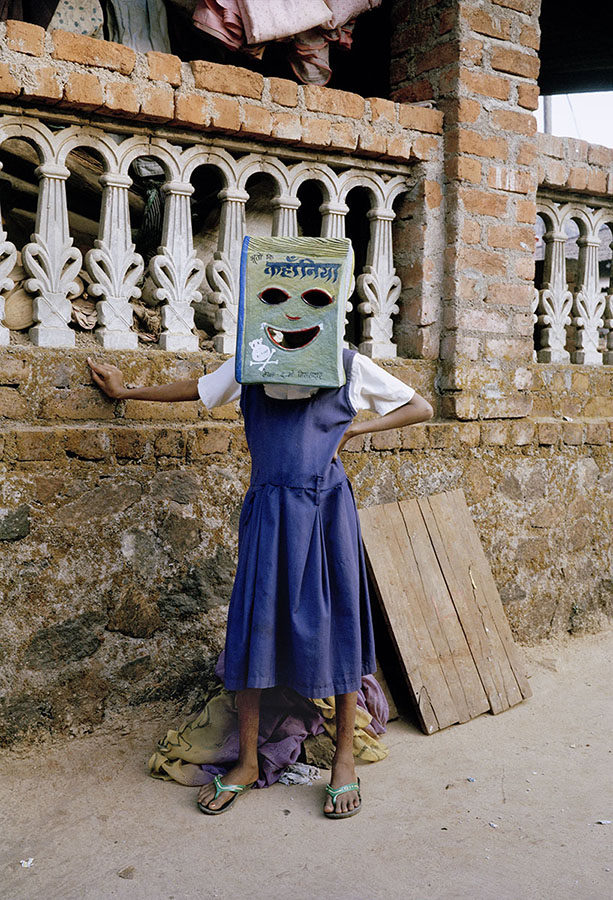