In the photographic series Fortia, Keyezua presents a mysterious empress wearing masks created in collaboration with a group of disabled artisans from Luanda, Angola. The empress’s unique presence and the visual strategies employed by Keyezua empower this otherwise marginalized community. Questions about survival and loss, both physical and emotional, are addressed through the portrait of this woman. In the series Stone Orgasms, Keyezua addresses the issues of genital mutilation affecting the feminine body. Highlighting emotional and physical scars in digital collages, she shows the damage done by these procedures to the body and to sexual pleasure, but also the heroic women who survive them. 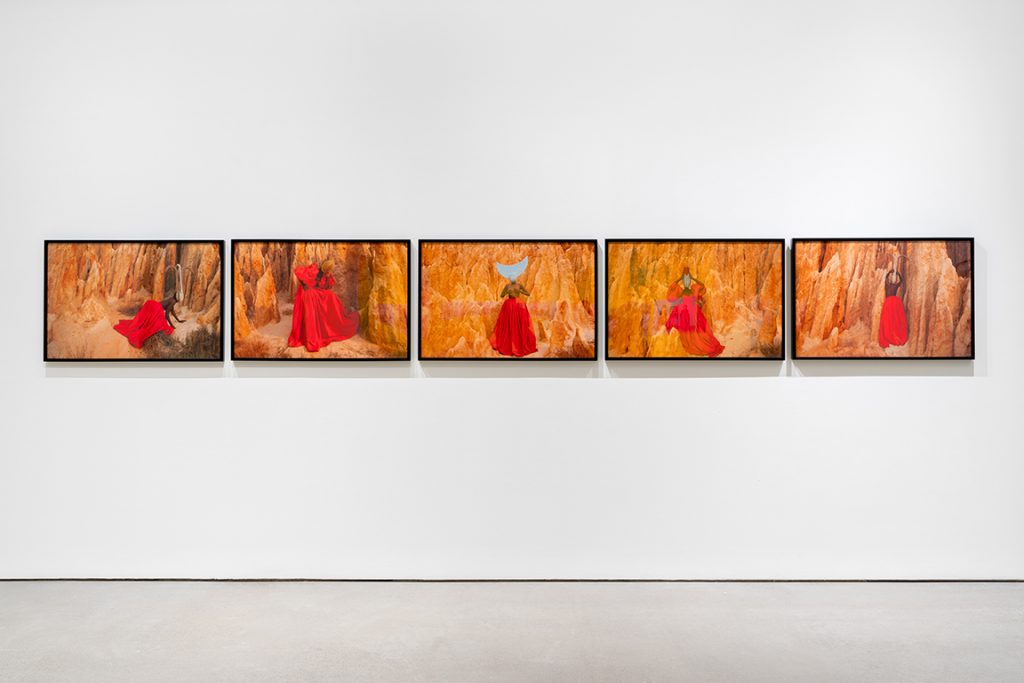 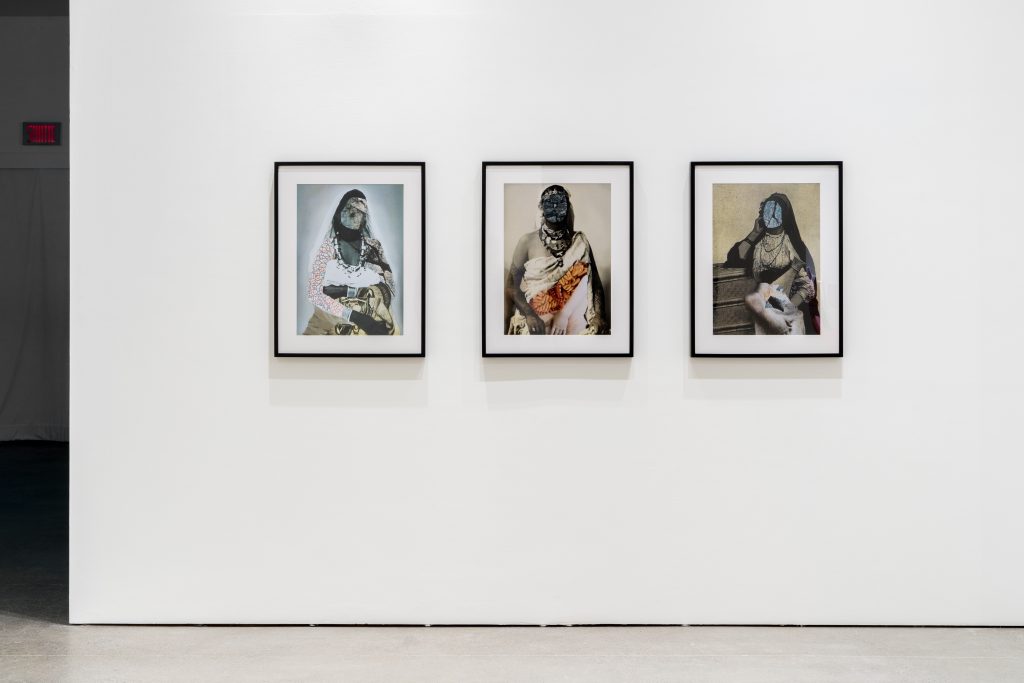 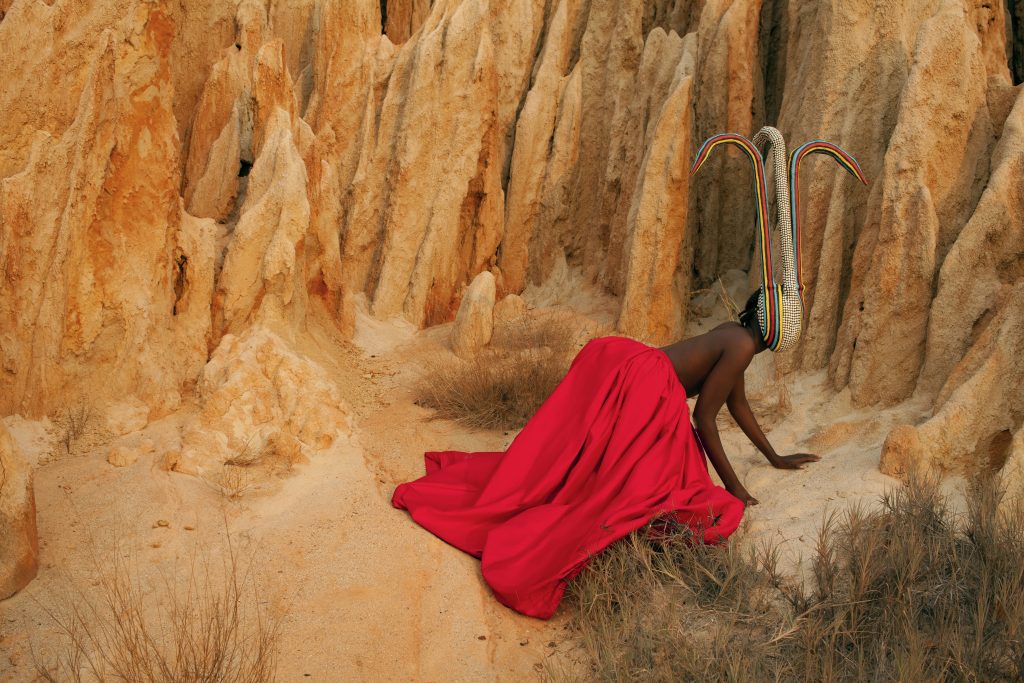