Sandra Mujinga (born in Goma, Democratic Republic of Congo; lives in Berlin, Germany, and in Oslo, Norway) examines issues related to identity by delving into politics of visibility and representation, modulated more than ever by questions of surveillance and control. Through a multidisciplinary practice guided by intersectional feminism and decoloniality, Mujinga, an artist and musician, explores the mechanisms of observation and concealment. Inspired by digital technologies and the animal world, she probes the notion of presence and the political potential of its opposite: absence. 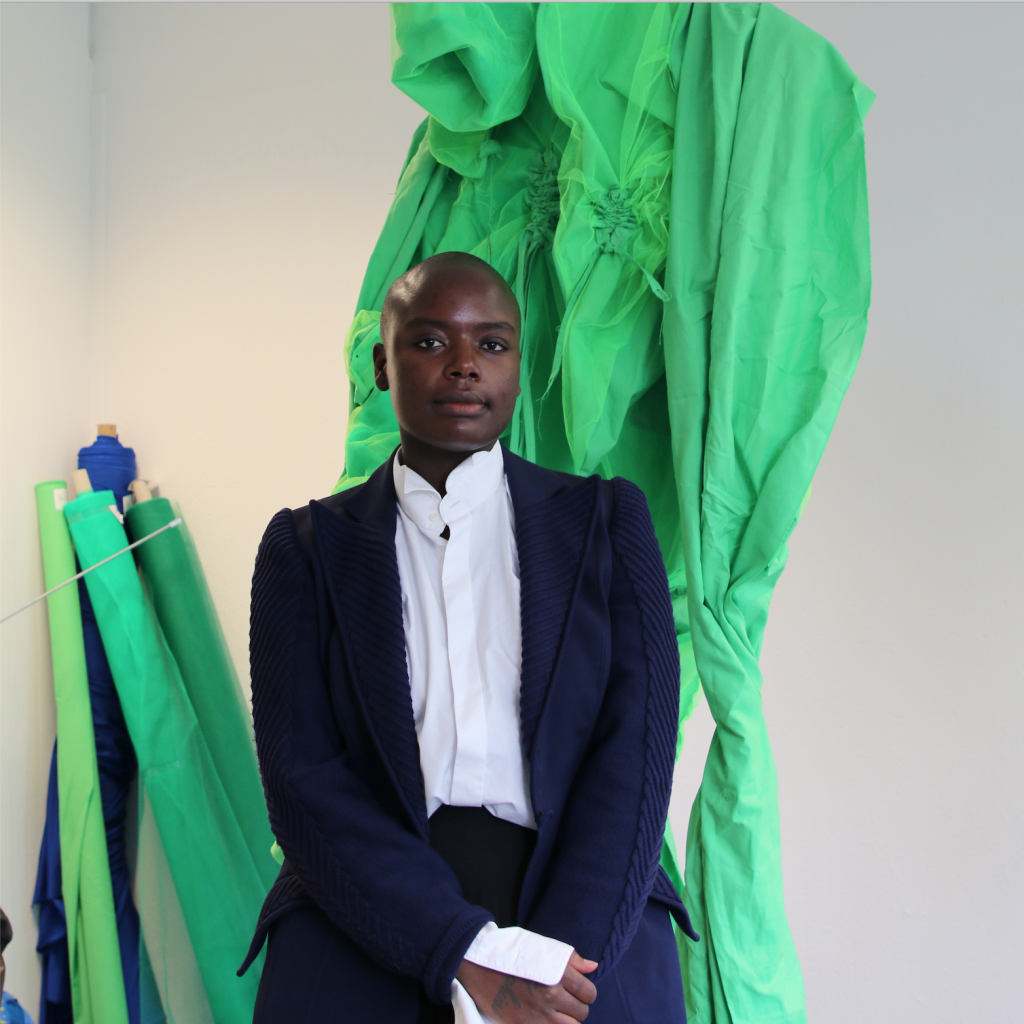 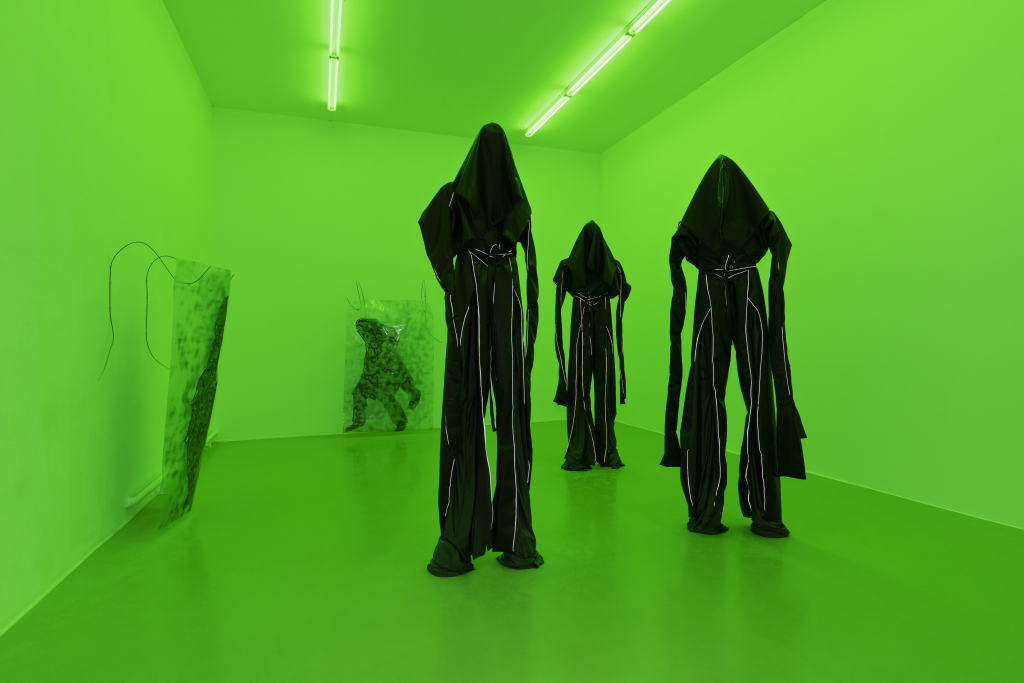 With the sculptural bodies of work Nocturnal Kinship and the video installation Disruptive Pattern, Mujinga shapes a tactile universe inhabited by zoomorphic creatures. She melds textures, combining the malleability of skin and textiles with jellyfish-like transparent images to form entities that are midway between human and animal. Hidden under dark, hooded cloaks, the towering figures in Nocturnal Kinship sport extensions reminiscent of an octopus’s arms or an elephant’s trunk. Conversely, the translucent silhouettes moving on screens in the Disruptive Pattern videos defy the visible, erasing themselves through contact with light like the glass squid. These works refer to the survival strategies developed by certain animals, including octopi and elephants, respectively known for their homochromia—a type of camouflage that imitates the colours of the environment—and their nocturnal behaviours that enable them to evade poaching. The sculptures create tension between bodies and vision by evoking the notion of invisibility as a mode of survival and a conceptual lever for marginalized people. Just as the hoodie has come to be a newsworthy symbol of racial profiling, the costumes, skins, and surfaces here become symbols of protest against violence and discrimination, complexifying the acts of self-camouflage and melting into the landscape. In Nocturnal Kinship and Disruptive Pattern, Mujinga brings afrofuturism and posthumanism together in a critical negotiation of the politics of visibility, exposing the alienation and agency that can flow from it. Her hybrid figures invite us to imagine a future-together inspired by Black speculative fiction and anti-speciesist studies, calling upon the concealment of the cephalopod, the translucency of the squid, and the callosity of the elephant to envisage the body as the meaningful binding agent for our relations with the world.