Tabita Rezaire (born in Paris, France; lives in Cayenne, French Guiana) works at the intersection of visual and therapeutic arts and communication sciences. In her holistic approach, inspired by ancestral wisdom, she travels down different avenues of creation and healing with the aim of rethinking the body by intermingling the networks (organic, electronic, and spiritual) that define it. She invites us to free ourselves from Western hegemony and the arbitrary hierarchies that it erects regarding genders, sexualities, cultures, and systems of knowledge inherited from the colonialism. 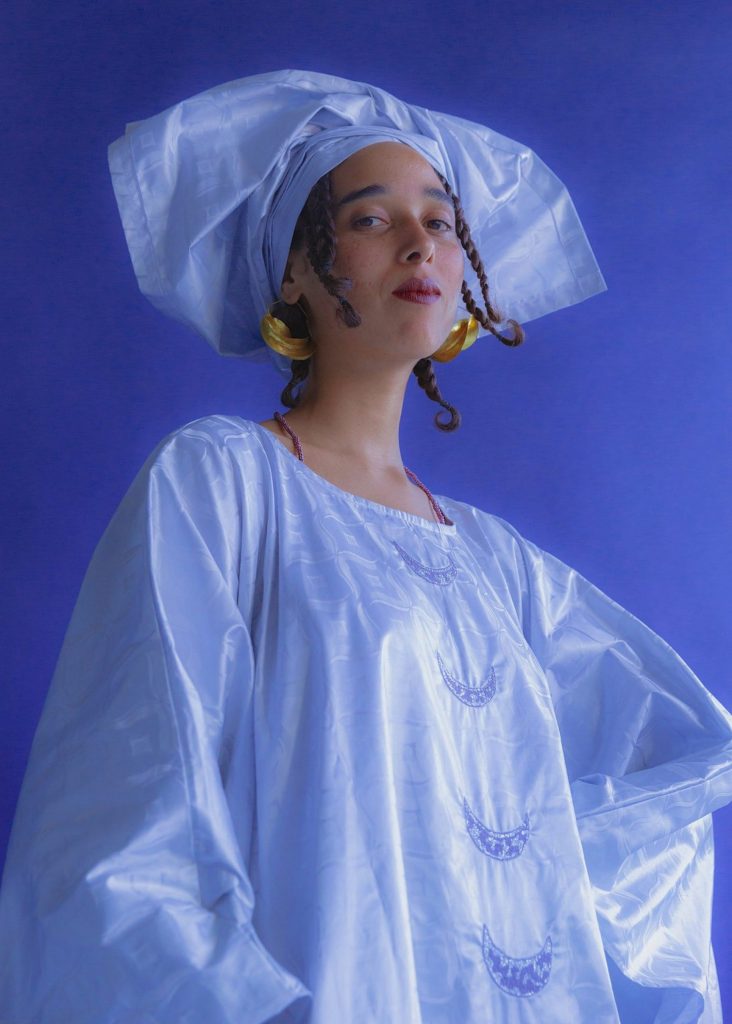 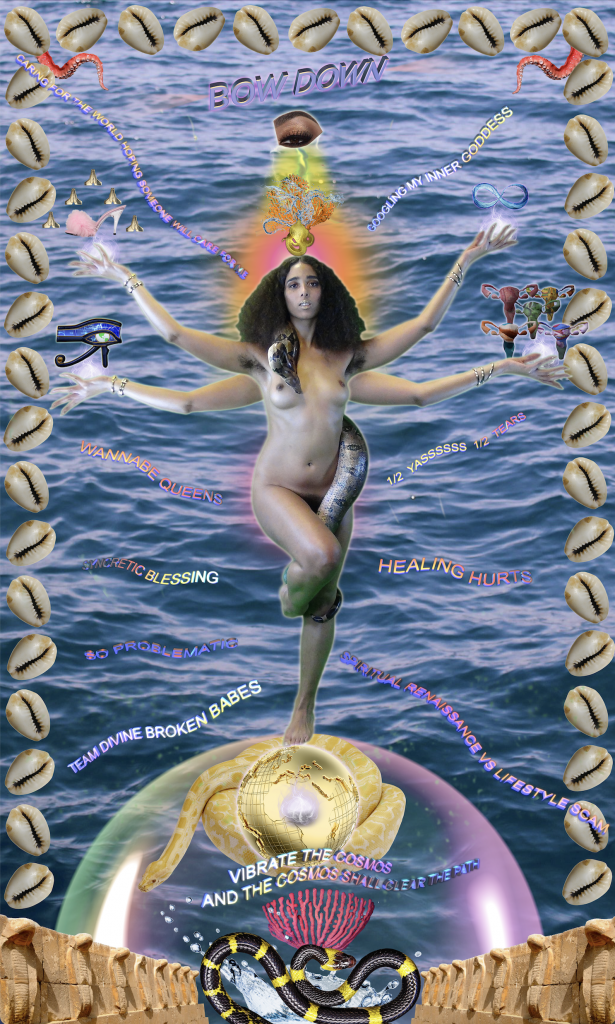 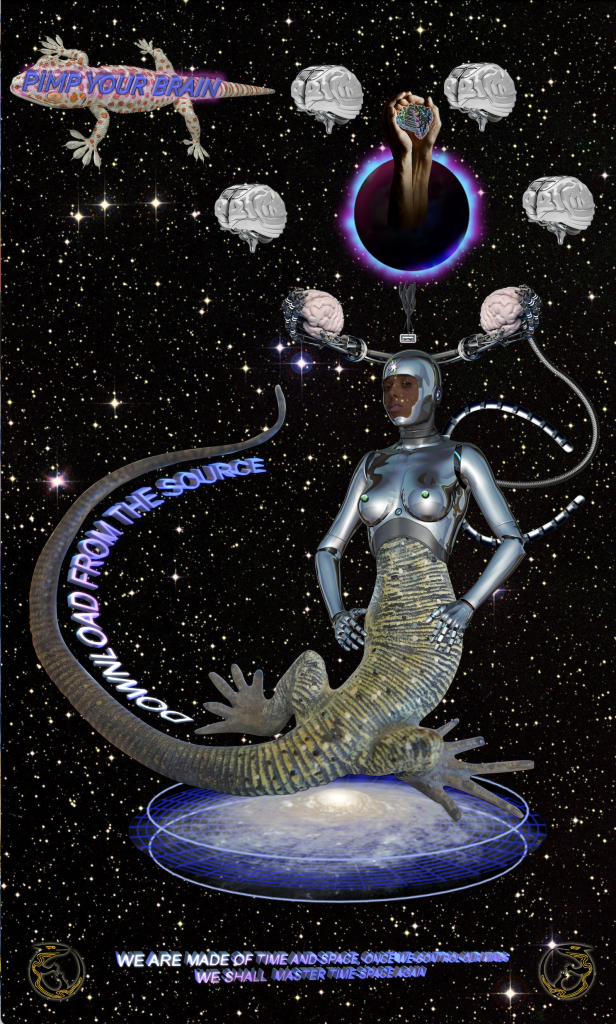 In the series INNER FIRE, Rezaire places herself in exuberant photographic allegories that engage with speculative mythologies and diasporas. Temporalities undergo extraordinary twists, as images from ancient Egypt and the web are combined. Embodying a half-woman, half-animal robotic creature floating in the middle of twinkling stars, or posing as a four-armed goddess standing on a luminescent globe, Rezaire takes on multiple identities related to archetypes of the Black woman—of their concomitant fantasies and chimeras, aspirations and contradictions. Short phrases drawn from feminist and decolonial references are juxtaposed with the images, inviting to an anti-capitalist critique of the latent patriarchy and Western-centrism of the web. Borrowing methodologies and a critical and creative force from science fiction, feminisms, and technological innovations, Rezaire convokes a kind of digital memory indebted to ancestral knowledge in order to reverse the stereotyped representation of Black people on the Internet and claim an emancipatory vision for Black women and for nonbinary and queer people. Through her liberating collages, Rezaire explores various subjectivities and beliefs inspired by the four elements: fire, water, air, and earth. The work expresses the possible connections among body, spirit, and nature, as well as the restorative potential of a form of 2.0 spirituality. With its flamboyant kitsch aesthetic, INNER FIRE redeems the imaginary by exposing simultaneously the violence wrought by communications networks and the transformative energy of Black femme power.