In the film Tightrope, Taus Makhacheva presents a spectacular metaphor for museums as repositories of cultural heritage and the risks that this entails. In the work, she deals with issues regarding the normativity brought about by artistic canons and the linearity of conventional art history. Above a canyon in the Caucasus Mountains, tightrope walker Rasul Abakarov carries sixty-one copies of works from the Dagestan Museum of Fine Arts. The artworks thus move from a linear arrangement to a multidimensional structure the overlapping of which breaks with a traditional order and hierarchy. The danger highlighted by Abakarov’s performance evokes not only the conservation of material culture but also the erasure of cultural differences induced by the institutions that organize societies. 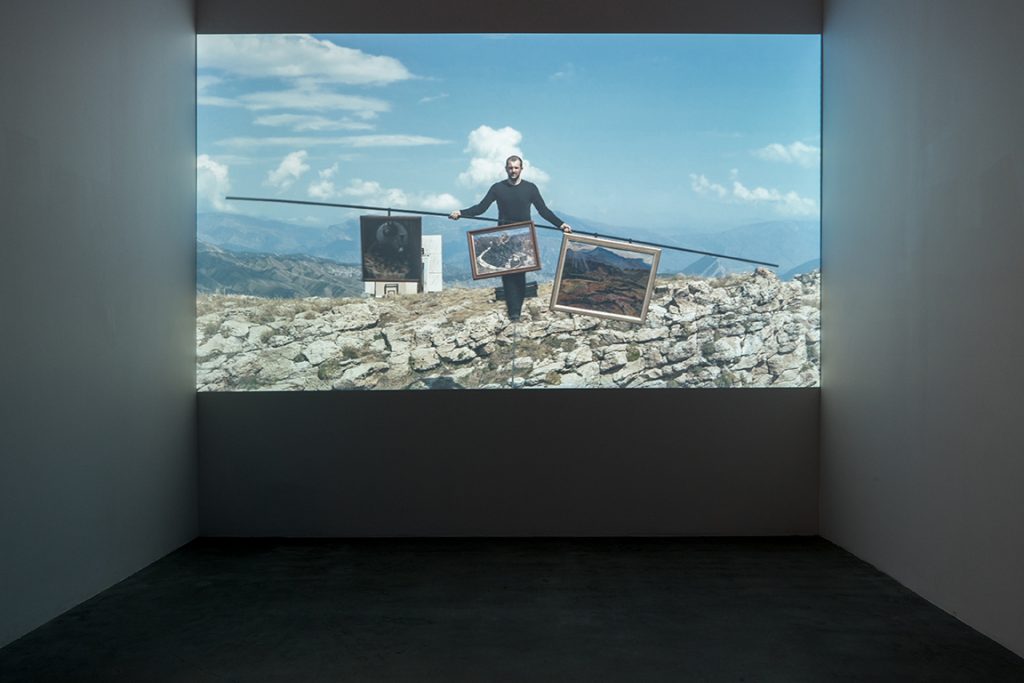 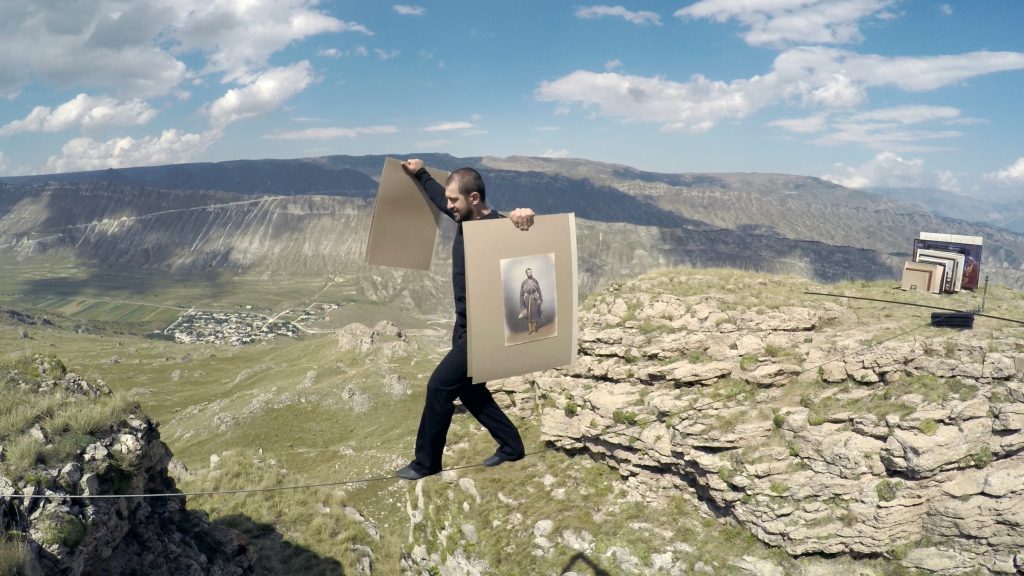