In the film Being Skidoo, Jeneen Frei Njootli takes an intimate look at the North by considering the practice and aesthetics of reciprocity in the Vuntut Gwitchin community of Old Crow, a village in the northern Yukon. Following the Vuntut Gwitchin people’s tradition of dressing their sled dogs in embroidered blankets, Frei Njootli creates ceremonial garments for snowmobiles, honouring them as means of and partners in transport. In the sculpture wind sucked in through bared teeth, Frei Njootli presents two steel panels marked by her body subsequent to a performance with grease. Traces of the pearls that she wore during the performance also surface upon the panels. Suggesting a landscape, the diptych testifies to the physical, cultural, and territorial violence experienced by Indigenous peoples. 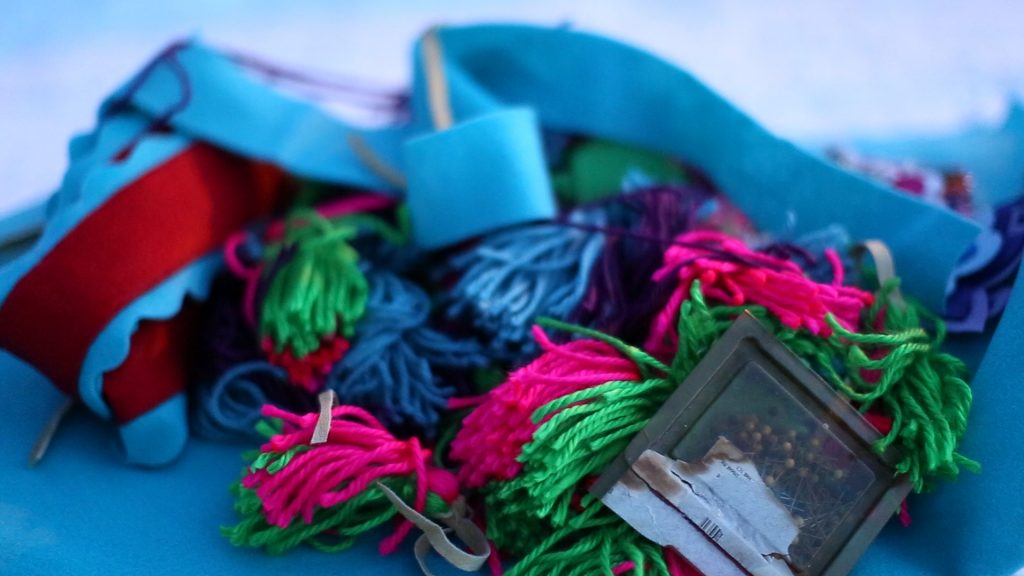 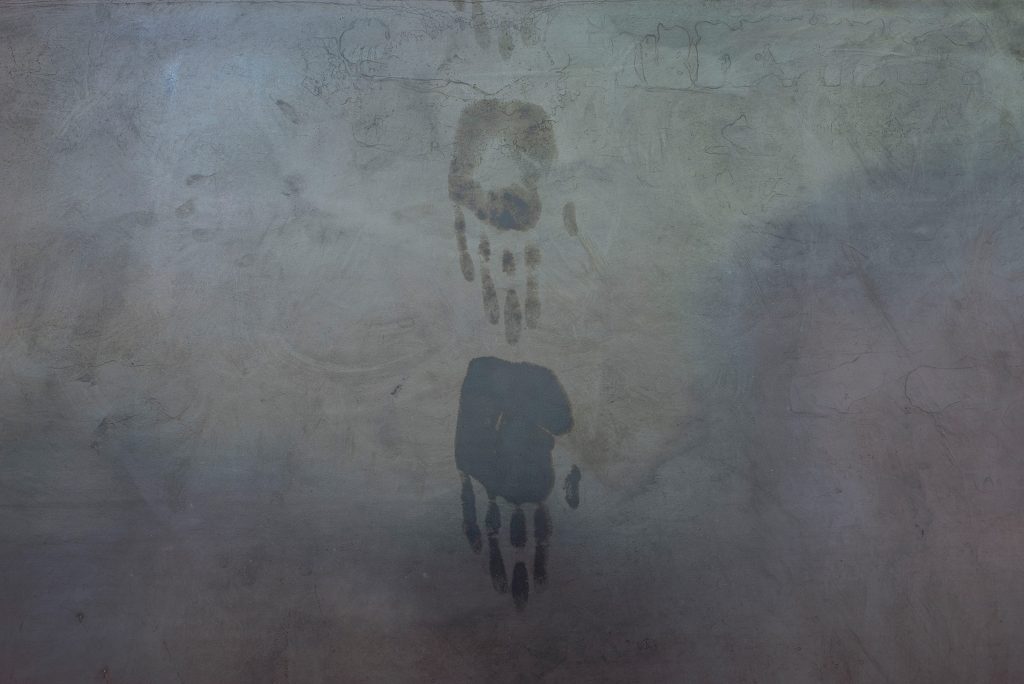 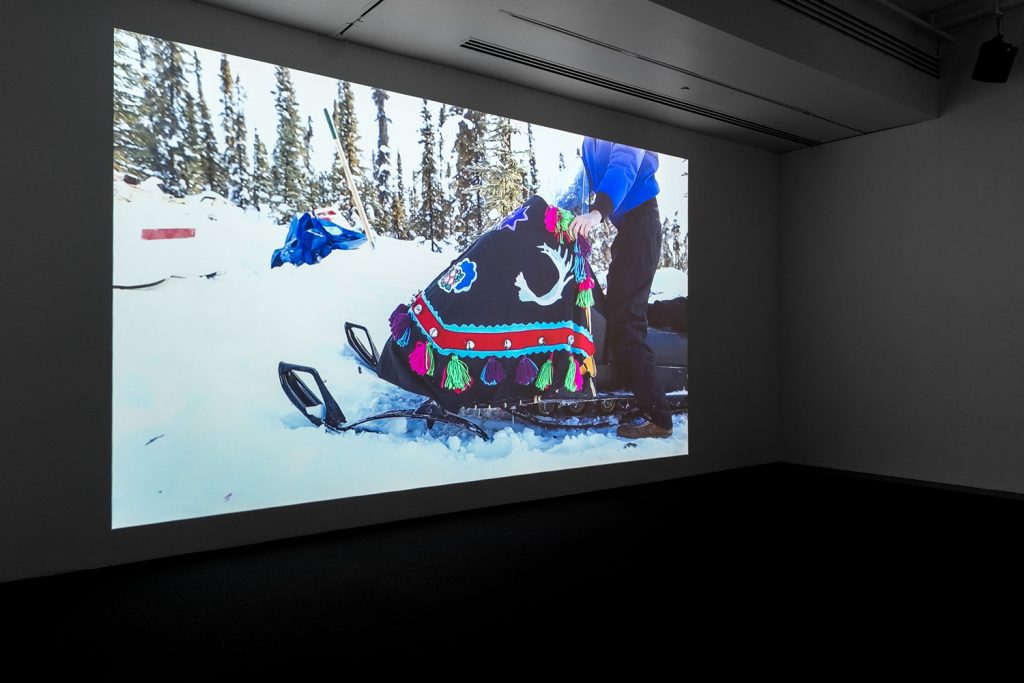 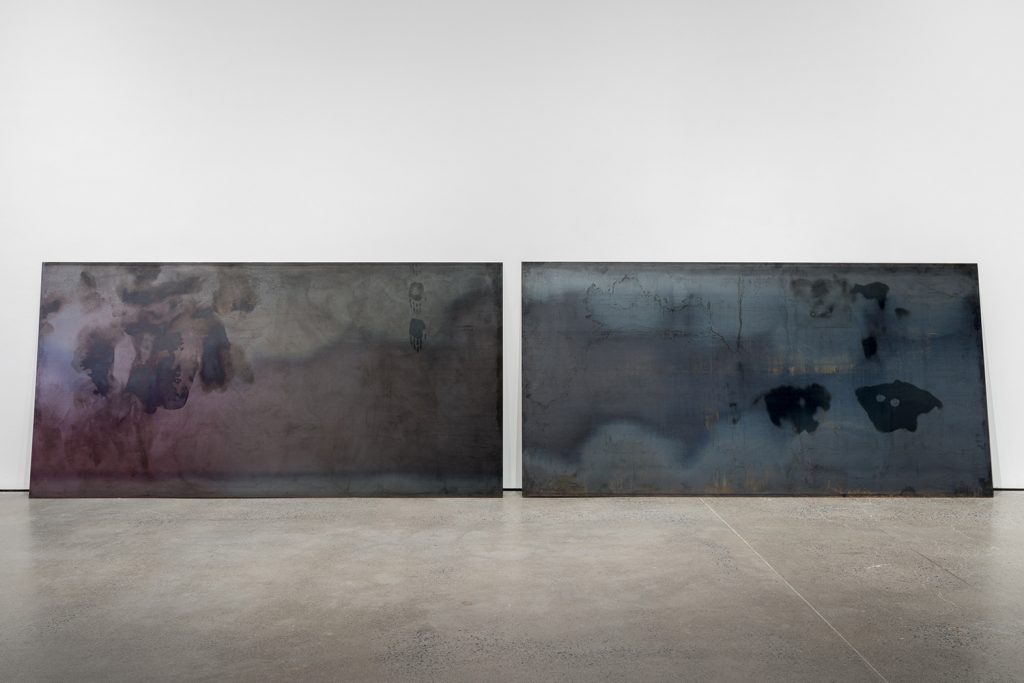