In the photographic series Road Signs, Kapwani Kiwanga depicts small Tanzanian businesses. Appropriating the staging usually associated with ethnographic photography at the turn of the twentieth century, Kiwanga rejects its operational procedures in order to counteract the thingifying gaze. The human subjects, owners of the businesses for the most part, are not placed if front of a prefabricated backdrop, but rather stand behind a white bedsheet which, at the artist’s request, they are holding up themselves. While having the effect of framing their modest array of goods, the sheet protects their body from taxinomic focus. It also functions simultaneously as projection screen, frame, and decor against which to evaluate the commercial relationships that punctuate physicality and consumption. 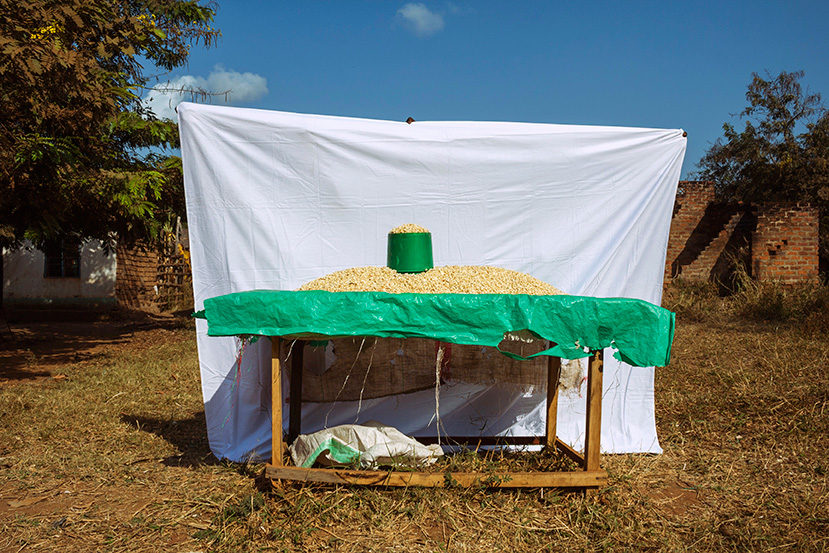 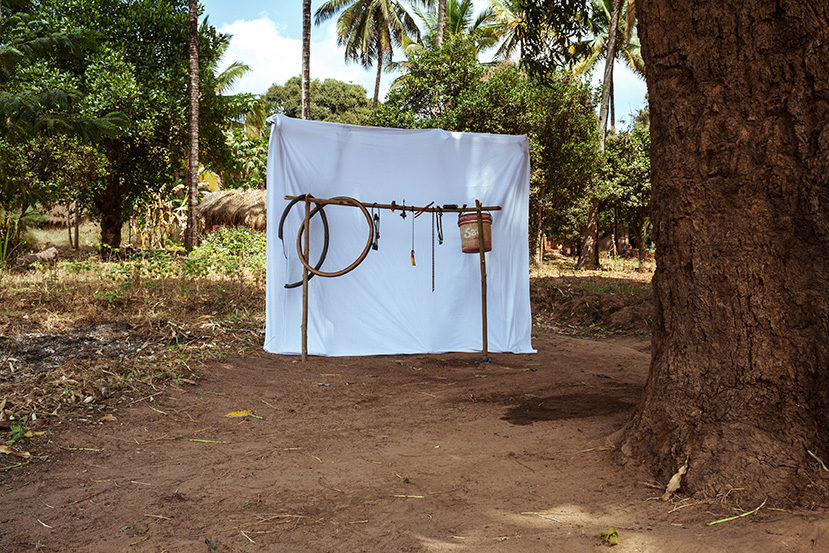 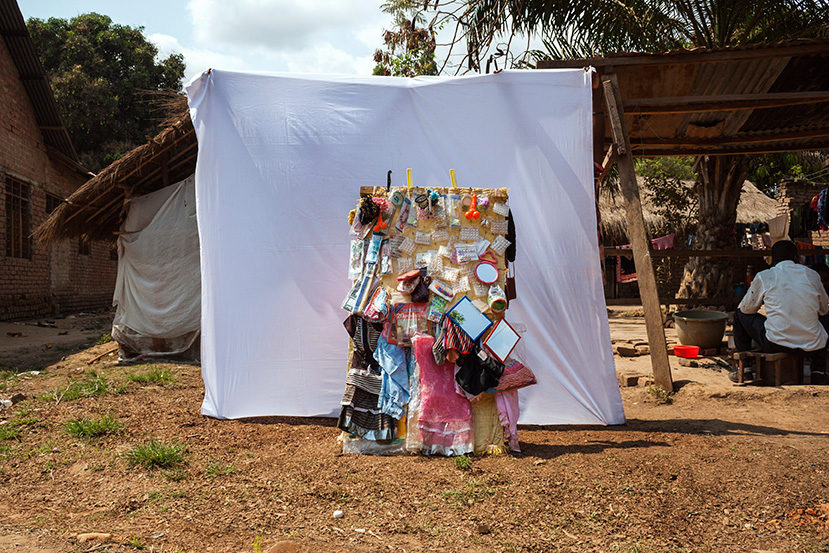 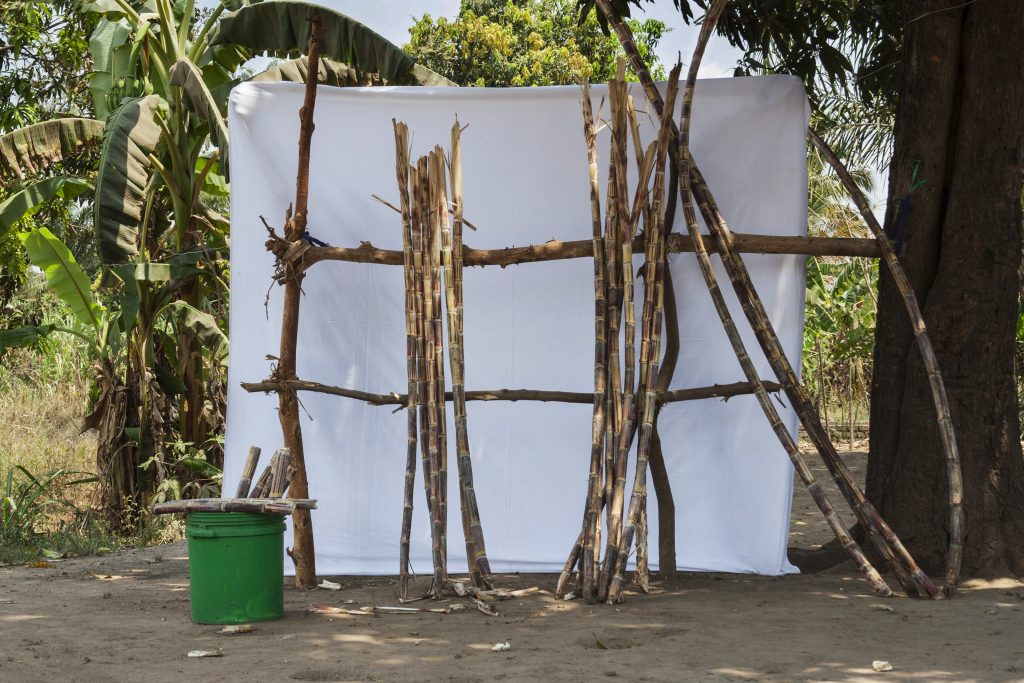 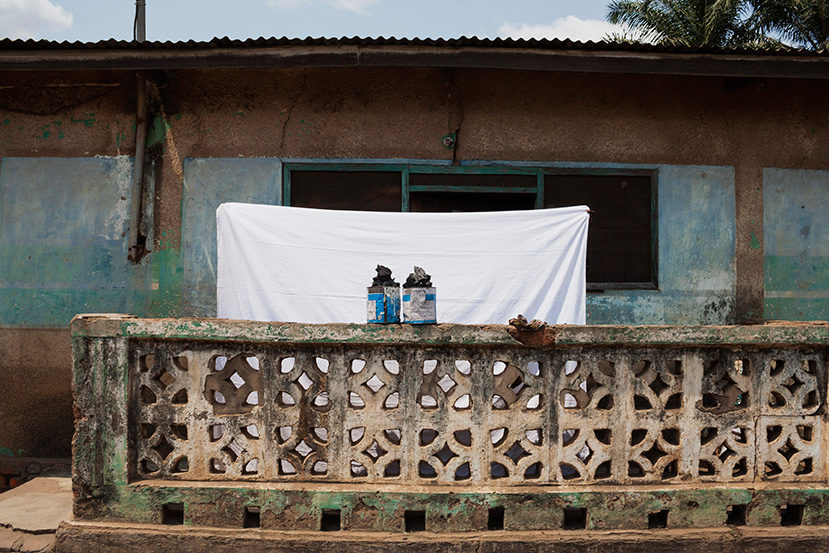 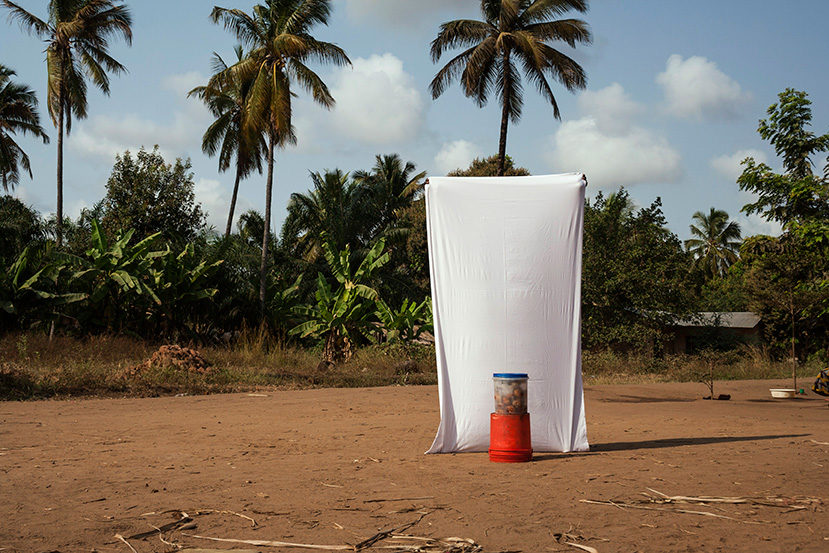 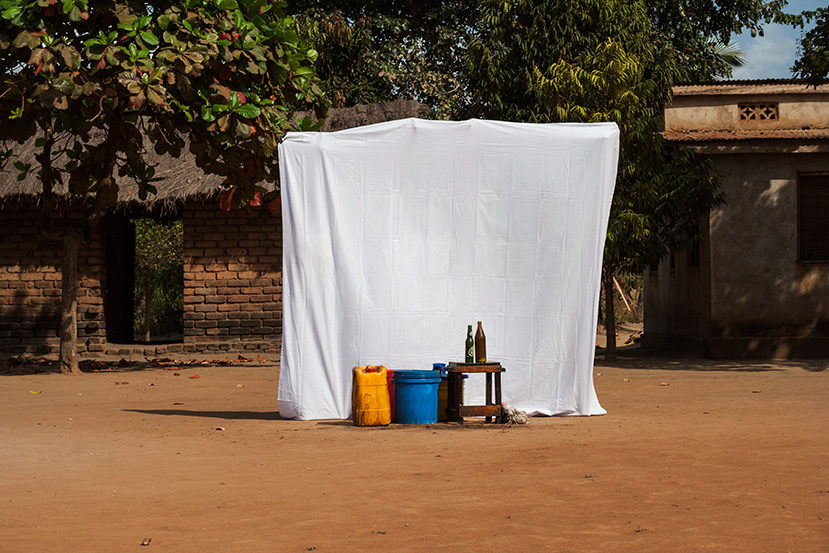 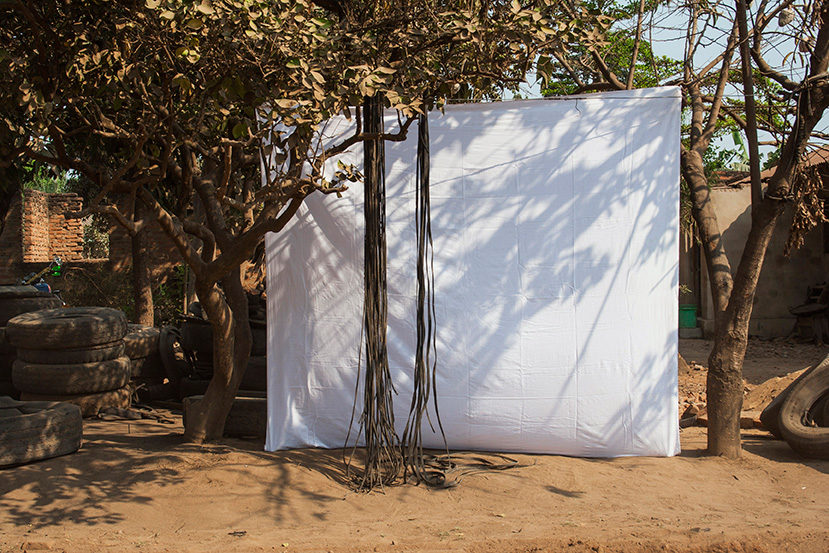