In the videos The Ghost of Modernity (Lixiviados) and Piedras Blancas, Miguel Angel Ríos explores the object’s transmissive power. Through images shot on a plateau overlooking a Mexican slum where the desolation evoked by garbage is sometimes interrupted by a human presence, The Ghost of Modernity (Lixiviados) exposes the contamination that ensues from the (colonialist) project of modernization, acknowledging the resulting social and environmental violence. Piedras Blancas documents the thunderous descent of three thousand cement spheres down a mountainside. The bodies hurtling down the slope or suffering fatal accidents evoke migratory movements whose pace is too often set by hegemonic systems. 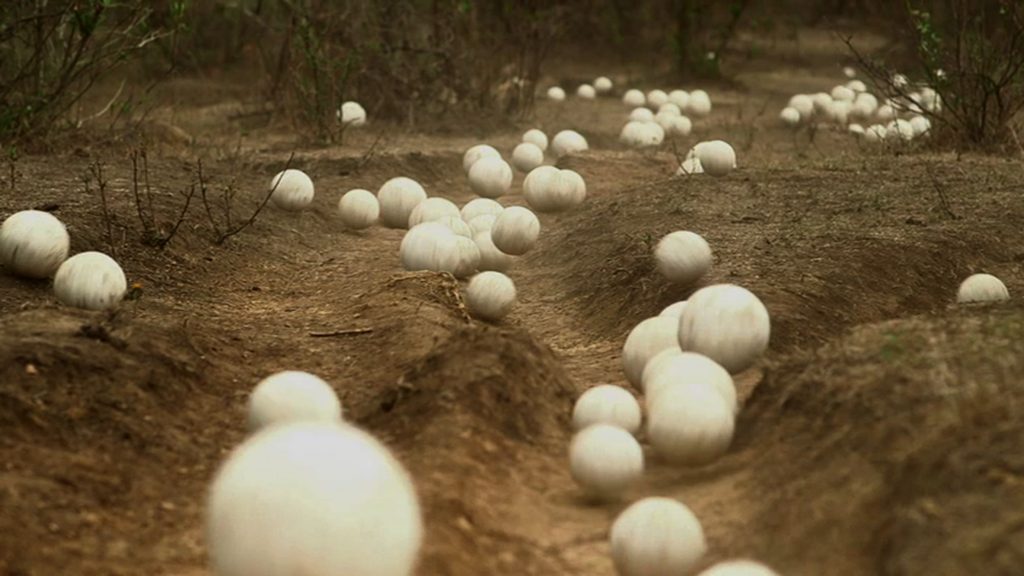